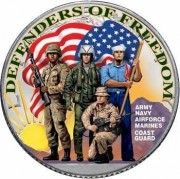 The Mission In Citrus is proud to announce their sixth anniversary. It has been a long and rugged road, but the homeless proved that they could help each other since 2008. The new face of homelessness is veterans, and they have become a priority

Crystal River, Florida, September 29, 2014 (Newswire.com) - Since the Mission in Citrus homeless shelters opened in 2008, thousands have been helped using less dollars and more sense. The foundation for the Mission In Citrus and the rules and regulations that they still follow, were set up by their homeless founder and six other homeless people. It has been a long struggle, but their faith in God helped them to make it through many tough times.While they live by faith, no one is forced to pray or go to church. Most of them do on their own.Veteran's fought for that right.

Many said that it could not be done, but they have shown that it could be done, when given the proper resources. Some of the obstacles they had overcome were getting people to give money to homeless people. But once people saw what was happening, the support started to flow in. They have come a long way in the past six years, from over 50 tents to the four shelters that are operated today. Including a Veteran's shelter that opened in 2010. There were no high paid staff or administration expenses, other than the office supplies, leases, and other bills that were needed to operate. In comparison to others, it would cost close to $5 million dollars to provide the services that last year were given on less than $160,000.They have received awards from GreatNonprofits, and many others over the past three years, and have more positive reviews than 18, 800 other charities around the United States.

They still have a hard time getting funds for future innovative projects, as many do not want to admit, that it could be done. They have been pioneers since the start, and have shown that most of the homeless Veteran's problem can be solved.Homelessness has become a multibillion dollar business. And just like any other industry, there will be no end to it as many jobs would be lost and it has become a major part of our economy. Thanks to a state grant, they now have an office person, and a caseworker which are paid. But there is far more to be done. They are only limited by funding.

The Mission in Citrus has a very high success rate, due to offering a hand up and not a handout. And who better to help the homeless, then those who been there and have the knowledge to help others succeed. There is no one at the top making big bucks or scamming the American people. In fact, they support bills that make it a felony to use Veteran's for their own self interests.

Thanks to their success. Walmart, Home Depot, Big Lots, Winn-Dixie, Bed Bath and Beyond, and many others have been giving them merchandise that they give away freely in the community. They have been told by many that they should have sold the merchandise to pay their bills. Since their founding in 2008, they have given away everything from cars, to helping all that they can, as it was freely given to them. In today's economy, many cannot even afford thrift stores.

Sadly, there are many charities out there spending millions on advertising and operating costs, while those in the trenches and in the front lines receive very little support. The money spent on one commercial could make their projects get into high gear. And as many think that helping the problem in Citrus County , Florida does not help the rest of our Veterans around the United States. They are wrong. Homeless Veterans come to Citrus County Florida from the North due to health problems and warmer weather. And the Mission in Citrus homeless shelter's innovative and pioneer projects are able, and made to be a blue print for others. Like the military. They believe in.Get the job done.

This past weekend, they had to go and find one of their honored Veterans who served in the Marine Corps had died in his sleep. Why? Because most veterans who receive their disability cannot survive on the amount that they are given. And once they receive their disability, their food stamps are reduced or taken away altogether. This is a shame, and cannot be acceptable in anybody's mind. They will have a service with honors, and make sure that he is never forgotten.Where is the help Obama keeps promising ?

So they wish to challenge anyone reading this press release to help them get the sprinkler system that is needed to provide more beds for veterans. And to visibly show them if needed, that they stretch every dollar into 10. So many veterans have died while at the Mission In Citrus or after leaving, they have started a new website called helpveteransinneed.com. This new website will be to help all vets, not just those in Citrus County Florida. They have made many requests to Congress, and many others, and have yet to see results. Our veterans have served us, and they deserve far more than what they're given.

The Mission In Citrus will continue to help all the homeless, but veterans have become a priority, as they are the new face of homelessness. Their projects to help more veterans are only limited due to the lack of funds. They invite all to check out their websites. Great Nonprofits Reviews, Guide star, and many other sites, where they continue to show their transparency.

They would like to thank all those who have helped them make it this far, and believing in the homeless and their pioneer effort that is proved to be highly successful.They know it is hard to put everything into a small press release, but those who check into them further will find out that they do many amazing things. And many people like to see their dollars in action. So they have made over 50 videos on YouTube to show their success, their funerals, their happy and sad times, and much more. And in addition, they are happy to show their former residents in their own homes, and working at many jobs in the community and throughout the United States.

In closing, they would like to once again thank all the corporations, business owners, and individuals that have been blessed by blessing them. And most of all, they would like to thank their Heavenly Father for providing more miracles than they  could count.