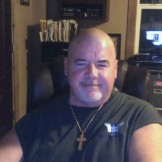 Our Founder and Director James Sleighter was homeless at age 12 , and then again at age 45. The Mission was founded after extensive research, and living and working at other shelters.He took what did not work and asked God to help him develop shelters that would.It has been a rough road and we are always works in progress. The Mission is well on it's way to being the top shelter system in the State. We feel our Director has been through it all ,and we are happy that he will lead us back into society as productive citizens..That's why we call him " Papa Bear". He has been there....Done that...

James was a ward of the State of Pennsylvania until age 21.He survived foster care , group homes,detention centers , adult prisons, and a system that had many faults.He was thrown out of school in the eight grade and later on obtained his GED. He also received his CDL License through MTA.

After his release,he worked for several youth facilities. Glen Mills School for Boys in Philadelphia, and a short stint for Loysville Secure Treatment Center in Loysville Pa. He once again seen a system that was very flawed and helped few.James worked in the corrections industry for over ten years. He received training in suicide prevention, GGI, one to one counseling,supervisory training and much more. At Glen Mills, He worked his way from core instructor to pm supervisor, in charge of over 60 delinquent youth and ten staff. He coached wrestling and worked with the football team during their yearly camp.

His life took many turns for many employers trying to find his way. Drugs and alcohol nearly claimed his life on many occasion.He was admitted to Philadelphia hospitals several times for overdoses..God saved his life on many days. Doctors diagnosed him as suicidal. Few had faith he would live much longer.He lost his faith in the church and hated all..He blamed the church for losing his younger brother at five and his home when most were allowed to be kids at 12. He kept going.

He became an inventor ,a motivator, and soon a millionaire. He founded several business ventures including Internet Masters Realty , Health Food Hut , and others..He turned Kelly's gym into a very profitable enterprise.

Life became too much and he prayed for love in his life...That love came in the form of James Jr. and Anna . His adopted children...For once he had something to live for.

Being far from perfect and making many mistakes he wandered and drifted through. He started praying again and believing once again in God.It was not an easy path.God called him several times , but he was a very stubborn and hardheaded man.

Praying began to change things and he started to obey but not fully.He went back to the old ways...He soon lost his family to divorce..It is funny how you never know what you had until you lose it.

On June 15 , 2007..His birthday .. He began to lose all.The gym caught fire while uninsured. He saved the gym but lost all inside which was all he had left.Then the restaurant failed for lack of funding. Soon after the house,vehicles,and then all his personal belongings. He became homeless.. Again. He lost all he had.

We hear all the rumors and hear gossip about it all the time..The events that unfolded were the will of God ,not man..The attacks and gossip that we hear all the time are the reasons why so few want to go to church...And why so many need to go to church.. Some feel that forgiveness is only good for certain people.Yet the Bible teaches faith and love, and most of all forgiveness... James does not look to the homeless person's past, but towards their new path.

James worked with the homeless in Daytona Beach and several other shelters before founding the Mission..But still was stubborn..He was not ready to bear a cross.Lesson.... God never loses.. You can never win.

The Mission was started in September of 2008. The whole program worked well , but it was not what GOD wanted...It was what Jim wanted. This was to be God's work.. and for His glory...James soon learned quick.

He was taken to the hospital on Dec 17, 2008 and was having an aorta aneurysm..His odds were zero to none. His kids and ex-wife and many others rushed to his side.They all said their good byes and it was in God's hands..James put it all in God's hands as he gave up any hope in man kind. He was not prepared for the end, but had no options.At the last moments before the morphine, James surrendered to God.. He placed all faith in Him and asked for forgiveness for all , and asked for a chance to show God's mercy and grace. He asked God to use him however he pleased... He picked up that cross at the time when most give into death..He rested his faith on God's love..

After 14 hours of surgery and more dreams and visions than one could ever understand. He lived.. By man's standards, he was miracle..By Gods.. He became a servant of the Lord..Willingly this time..After three months of learning how to walk again, he reopened the Mission in Crystal River. The new Mission was all about God..

It started upon Jim leaving the rehab and walking to the old Taurus.It had a flat tire and a dead battery..Everything he had was once again stolen.Three dollars to his name.

He raised his voice to God and asked how ? why ? and what can I do with nothing..? God answered that prayer with a miracle and it has been a roller-coaster ride ever since.One miracle after another.

God runs the Mission now..Jim just does His will..All glory and praise belong to almighty God...He does not take pay.

The Mission has now become the largest shelter in Citrus County.Many have come against us , and God has conquered all. In one year we have bypassed and helped more than any other shelter in the area. Our success rate is second to none.The Mission has grown to include outreach,emergency shelter status, and much more. The Mission continues to grow and help more each day..

Under Jim's direction, the Mission is the Best of the Best to the homeless and poor.

All on less than a family of four in the first year..That's God right there...Not us.

No one knows how long Jim will live as there are few survivors from his type of operation..Perfect...Far from it..He makes mistakes..We learn..We are all works in progress..So many throw stones ,when no one but God is without sin..Jim teaches us all to tithe and follow the Bible in all that we do.

We thank GOD everyday for His mercy..And for His grace.And for Jim .. We challenge anyone to find a program as unique and innovative, and that works as well as the Mission.One with hugs and tears, and full of love..One that has many former residents that come back to visit or call regularly...One that has visited many local churches to bring residents to accept Christ as their saviour.One that many call home. No one who spends time visiting the Mission leaves the same.The Mission has so many miracles that happen each day..Come meet Jim and see how God works when you put it all in His hands.The miracles never cease...Praise God in all His glory..

There was not enough room to put in Jim's complete testimony..He is truly one of God's miracles..He is living proof that God will use anyone to do His work.. Our God is awesome and is in control.. Jim is working on a book to be released...Nothing good comes from sin..His complete life before submitting to the Lord and the many miracles after..